This Way Out is the only internationally distributed weekly LGBTQ radio program, currently airing on some 200 local community radio stations around the world. The award-winning half-hour magazine-style program features a summary of some of the major news events in or affecting the queer community (NewsWrap), in-depth coverage of major events, interviews with key queer figures, plus music, literature, entertainment — all the information and culture of a community on the move!

When This Way Out went on the air in 1988, most of the mainstream media believed that all of LGBTQ life, news and culture could be summed up in one word: AIDS. Even some progressive journalists and community radio stations worried that coverage of our issues should be “balanced” with homophobic voices. How we got from there to here was neatly summed up by West Hollywood (California) City Councilmember John Duran and Associate Producer Lucia Chappelle on the occasion of our 30th Anniversary (April 2, 2018). 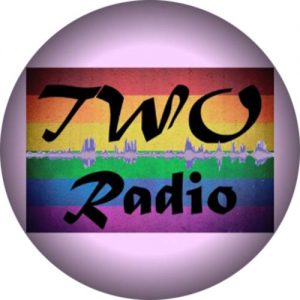 TWO Radio
Most of the people involved in the production of This Way Out are volunteers. Learn more at the website.