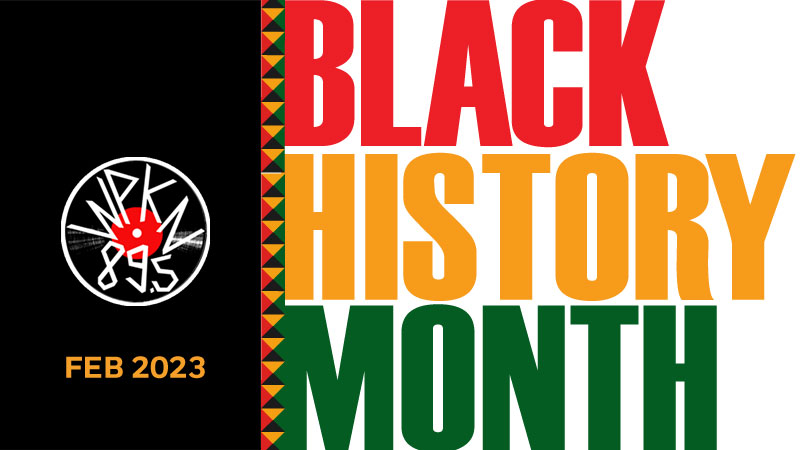 WPKN 89.5 FM radio celebrates an expanded Black History Month throughout February 2023 with a broad and in-depth program including music, poetry, interviews, authors, and film. This unprecedented one-month recognition of Black history intends to develop a deeper understanding of the history of African Americans in America and to celebrate their inestimable contribution to all aspects of American culture.

More than 50 programs are spread throughout the month.

We are delighted to have a committee of respected community leaders join WPKN. These volunteers are helping to direct the content of our celebrations, provide their insights and knowledge, and engage the community for a richer experience.

Leading this esteemed committee is Ebong Udoma, who is acting as Advisory Committee Chair and has been a volunteer with WPKN for forty years. 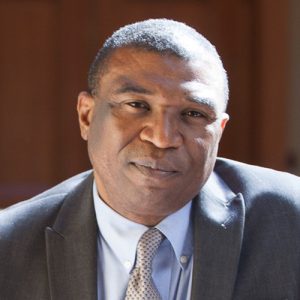 Ebong Udoma is WSHU Public Radio’s award-winning senior political reporter, drawing on his extensive tenure to delve deep into state politics. In addition to providing long-form reports and features for WSHU, he regularly contributes spot news to NPR, has worked at the NPR National News Desk as part of NPR’s diversity initiative. Prior to joining WSHU in 1994, Ebong was an award-winning reporter with the Connecticut Post. He also covered political transitions in Nigeria in 1993 and 1999 for Pacifica Network News. Ebong has been with WPKN since 1982 and served on the board from 2004 to 2014 as news director and then as program director.

Connect with Ebong on LinkedIn 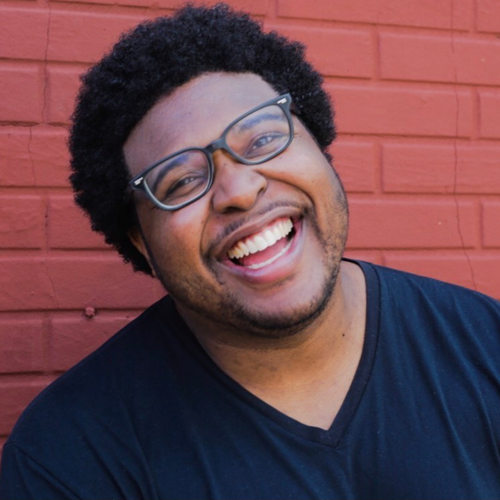 Jason A. Coombs is a SAG-eligible actor, filmmaker, and teaching artist. He is the Artistic Director for The Bridgeport Film Fest, which brings commerce to the city and gives graduating Bridgeport high school students a scholarship for higher education. Jason’s television pilot spec script, Chasers, was a semifinalist at the 2017 Independent Television Festival. He’s produced a handful of award-winning short films that premiered in over two dozen festivals worldwide.

Connect with Jason on LinkedIn 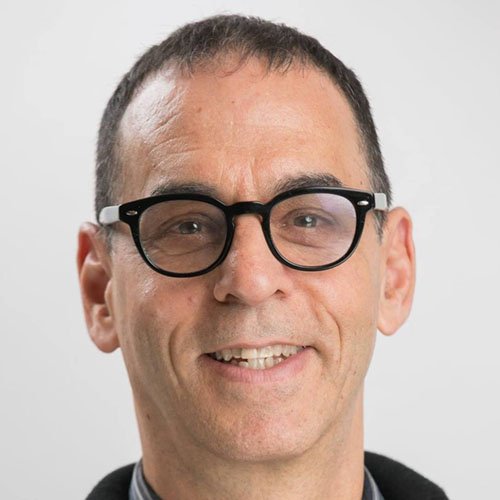 Rob Fried is the Founder and Executive Director of Connecticut-based music charity organization, Band Central, with a mantra to show up, get down and do good. Our goal is to unite a network of talented musicians and artists with people and organizations interested in raising funds for families in need of a helping hand. Band Together CT events helped raise over $3 million for local charities and families.

Connect with Rob on LinkedIn 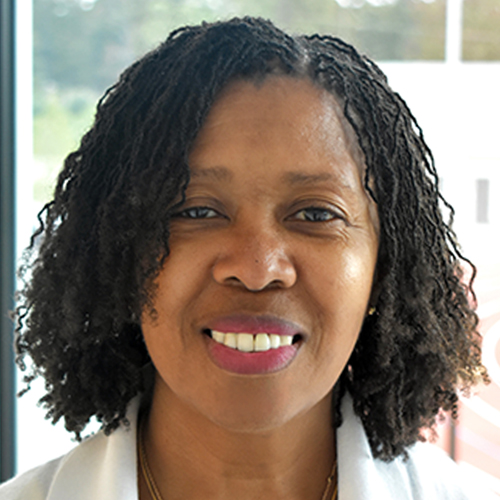 Sheena Graham is an educator, songwriter and poet who teaches at Harding High School and Central High School, Bridgeport CT. She has worked with students across grade levels throughout her career and continues to be energized by her students and colleagues. Sheena has been featured in the book “Notable Valley African Americans.” She has received the Beard Excellence in Teaching Award, Teacher Of the Year Awards from the NANBP, NAACP, and Bridgeport and is the 2019 CT Teacher of the Year.

Connect with Sheena on LinkedIn 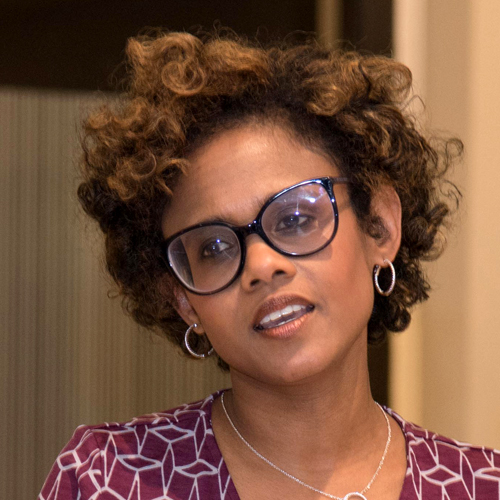 Dr. Kris Sealey is Associate Professor of Philosophy and co-director of the Black Studies Program at Fairfield University. Dr. Sealey graduated from Spelman College in 2001, with a BSc in Mathematics, and received both her MA and PhD in Philosophy from the University of Memphis. Her published articles can be found in Critical Philosophy of Race, Hypatia: A Journal for Feminist Philosophy, Levinas Studies, Research in Phenomenology, Journal of the British Society for Phenomenology, and Continental Philosophy Review. Her book, Moments of Disruption: Levinas, Sartre and the Question of Transcendence, was published in December 2013 with SUNY Press.

Center for the Humanities

Connect with Kris on LinkedIn 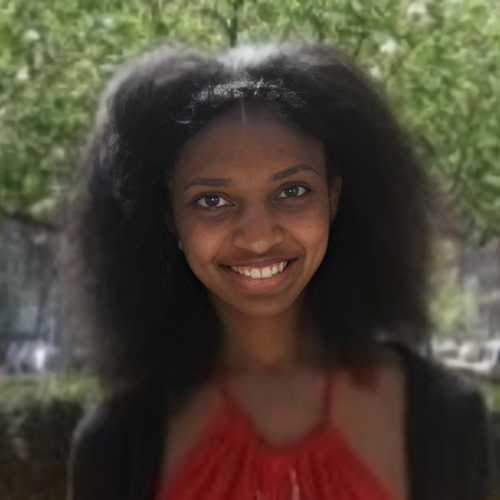 Christina Smith is the President, CEO and Executive Director of Groundwork Bridgeport, a community-based non-profit organization that works on projects to beautify and revitalize Bridgeport, Connecticut, through activities with high-school youth. One of the first trusts established in the United States, in what is now a nationwide network, it started as a collaborative effort between the Environmental Protection Agency (EPA), the National Park Service (NPS), and the City of Bridgeport, all of whom provided the organization’s initial funding.

Connect with Christina on LinkedIn 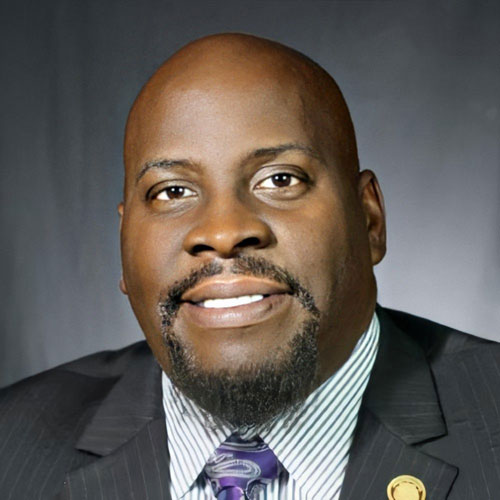 Dr. Dwayne Smith is the President and CEO at Housatonic Community College, Bridgeport, CT. Dr. Smith’s duties include serving as the lead campus administrator and on-site operational leader, providing guidance on the development and implementation of strategic plans along with budgetary, enrollment, academic and related matters. Dr. Smith comes to Housatonic Community College from Harris-Stowe State University in St. Louis, where he served as Interim President. He has a B.S. and M.S. from Truman State University and a Ph.D. from the University of Missouri. 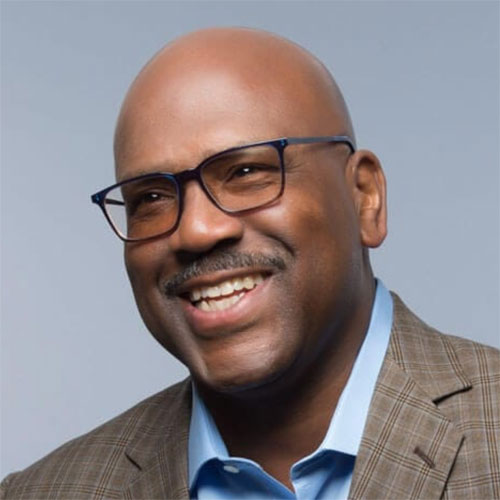 Preston Tisdale, Esq. is a personal injury and civil rights trial attorney with Koskoff Koskoff & Bieder PC. Nearly 40 years ago, Preston began his legal career at Koskoff Koskoff & Bieder. He later left to pursue other legal and civic ventures. Preston’s legal accomplishments and his devotion to community service made him a welcome addition back at Koskoff in 2010. Prior to returning to Koskoff, Preston served as the Director of Special Public Defenders for the State of Connecticut, Office of Chief Public Defender. Before this appointment, Preston headed the Fairfield Judicial District Public Defender’s Office. 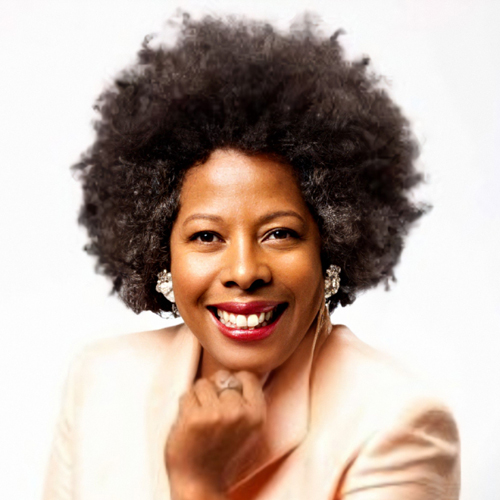 Kim Bianca Williams is a Principal at Urban Synergy in Action, LLC and the President of VCL Consulting Group, Inc. in Bridgeport, CT. As a professional speaker, facilitator and educator, Kim Bianca has extensive experience delivering a variety of seminars to audiences across the country. Through Urban Synergy in Action, she provides both practical and tangible tools for urban entrepreneurs, stimulating growth in economically distressed areas.

Connect with Kim Bianca on LinkedIn 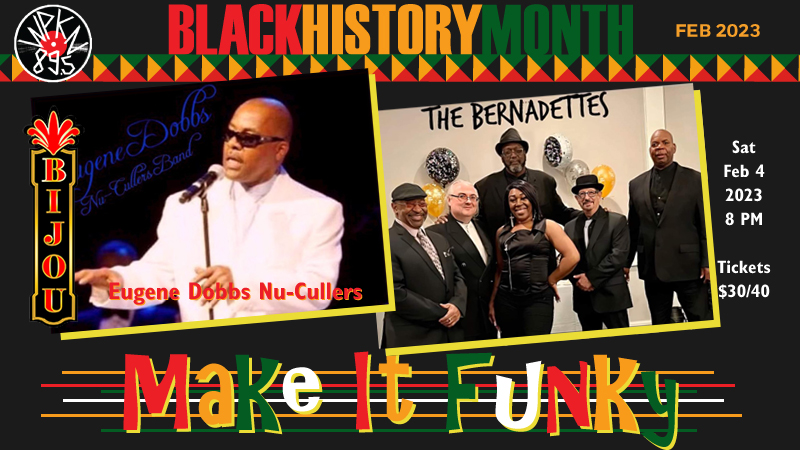 Make It Funky – Celebrating the Music of Black America 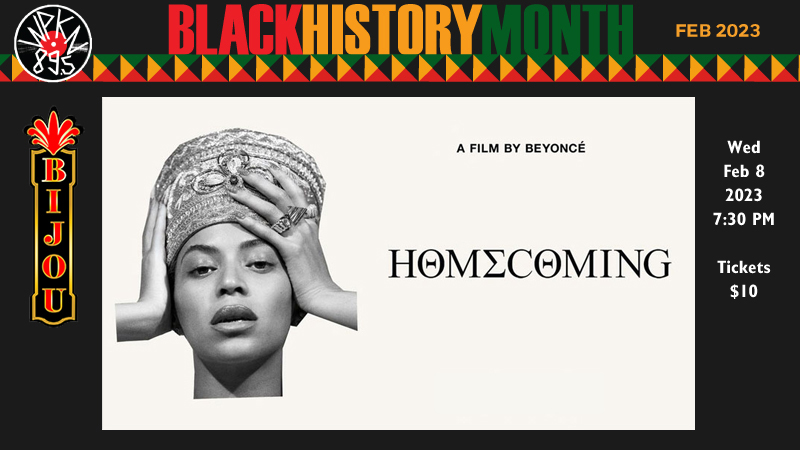 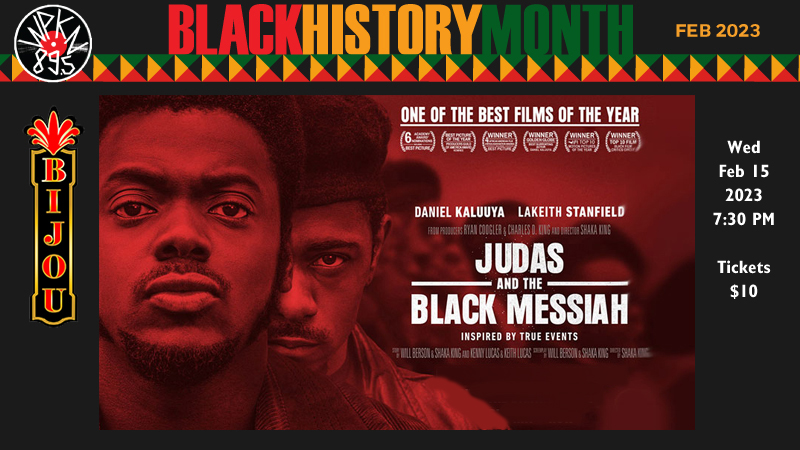 Judas And The Black Messiah 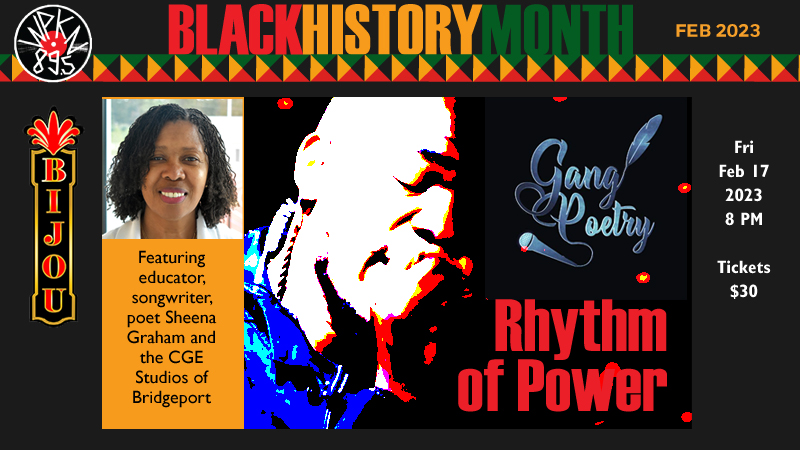 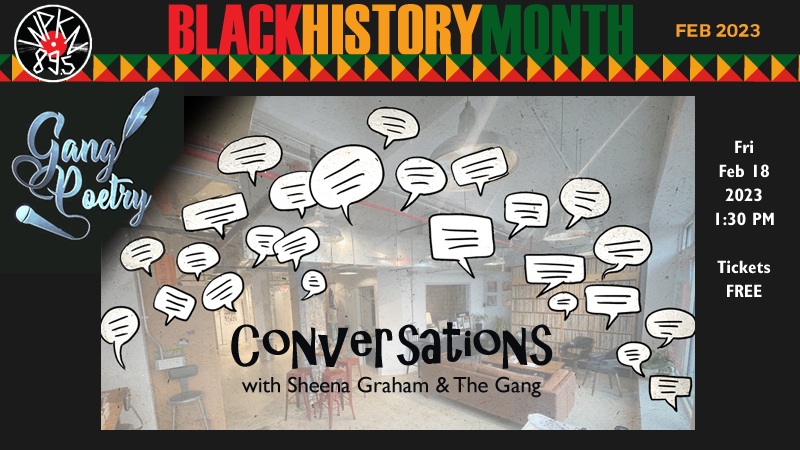 Conversations with Sheena Graham & The Gang 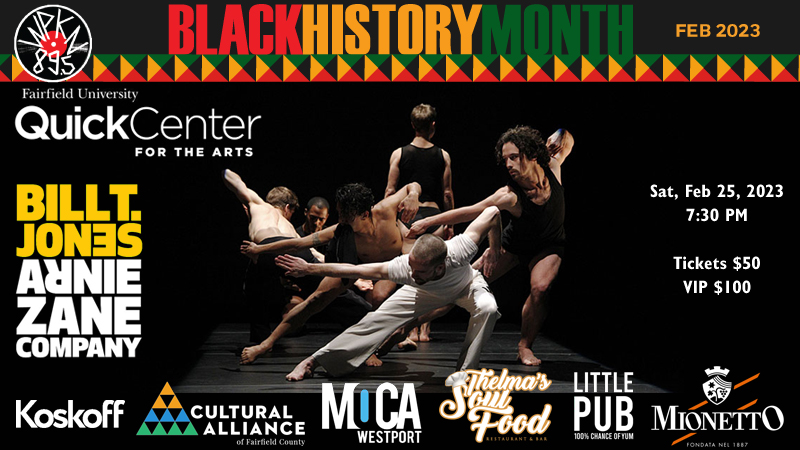