My Other Music (MOM) with Joseph Celli is a wide-ranging interest in Western classical, R&B, experimental & avant-garde, Cajun, Latin, and the whole history of American Jazz. YES! The whole history from early 20th century to new explorations in improvisation. 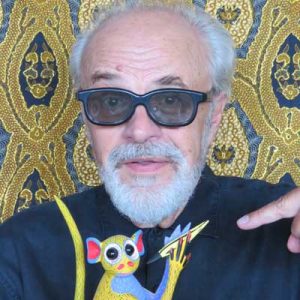 Joseph Celli
Joseph Celli is an American musician and composer specializing in contemporary and improvised music for oboe and English horn. In addition, he plays the Yamaha WX7 MIDI breath controller, as well as double reed instruments from several Asian cultures, including the Korean hojok and piri, and the Indian mukha vina.

His early training was as a jazz saxophonist which allowed him to work his way through college performing with rhythm and blues and jazz groups as he began specializing in experimental performance for the oboe and English horn. He studied oboe with Ray Still of the Chicago Symphony Orchestra and members of the New York Philharmonic, the Boston Symphony Orchestra, and other leading oboists. Subsequently, he received a Fulbright Award to study piri with National Living Treasure Chung Jae-Gook in South Korea and the hichiriki at the Imperial Court Gagaku in Tokyo, Japan.

My Other Music (MOM)