CounterSpin with Janine Jackson is FAIR’s weekly radio show, produced and hosted by Janine Jackson. It’s heard on more than 135 noncommercial stations across the United States and Canada. CounterSpin provides a critical examination of the major stories every week, and exposes what corporate media might have missed in their own coverage. CounterSpin highlights censored stories and exposes biased and inaccurate coverage, while examining the power of corporate influence and sexism, racism and homophobia in the news. 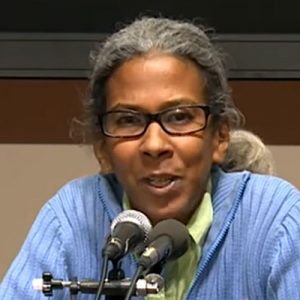 Janine Jackson
Janine Jackson is the program director of FAIR (Fairness and Accuracy in Reporting) and the host and producer of FAIR’s syndicated radio show CounterSpin—a weekly program of media criticism airing on more than 150 stations around the country.
Learn More