After staying put for more than five decades in the Student Center at the University of Bridgeport (since 1965), listener-supported WPKN Radio (89.5 FM) is making a timely move to “Restaurant Row” in downtown Bridgeport to be closer to listeners, public transportation and the city’s burgeoning arts scene. The station expects to be fully operational at the new location by June 30 of next year.

The station has already set aside $100,000 for the move and has secured a $140,000 Small Business Administration loan, which will be used to support the regular station budget. The WPKN 2021 Capital Campaign aims to raise an additional $125,000 for new equipment and $275,000 to renovate and adapt the new Fairfield Avenue space to the station’s needs. WPKN is asking its wide listener community to help in raising the first $100,000 by March of next year, $200,000 by June, and the full $300,000 by the end of 2021. It’s a big “ask,” and it wouldn’t be possible—especially in the middle of a pandemic—without WPKN’s dedicated community, which recognizes the rarity of the station’s free-form music, news and public affairs programming.

A full roster of fundraising efforts is planned, both on- and off-air. For December, the on-air events include two days of cover songs December 10 and 11; a deep dive into the Rolling Stones December 17 and 18; and a celebration of composer/guitarist/genius/social commentator Frank Zappa on December 21 (his birthday).

Supporters can also pledge to the station’s move by visiting the website at WPKN.org. WPKN has been an independent, listener-supported entity since 1989. In 1992, then-Station Manager Harry Minot pushed through the transfer of the station’s license from UB to the nonprofit WPKN Inc. (though still operating out of UB’s Student Center). The current lease expires in 2022, but UB is ceasing operations as an independent entity, and that reality is also an important factor in the station’s relocation.

There will be many benefits to the move, including a more reliable air product (the new equipment), synergy with the adjacent Bijou Theater for joint events, a building compliant with the Americans with Disabilities Act (ADA), proximity to bus and train stations, and a 25-year lease on favorable terms. The station will also be adding video capabilities, a podcasting space, and expanding its educational and cultural programs via the construction of a third studio space.

The iconoclastic station has built support not by appealing to the lowest common denominator, but by creating fresh and original programming, unfettered by commercial considerations. WPKN’s 10,000-watt terrestrial signal at 89.5 FM reaches a listenership of 1.5 million people in Connecticut, Long Island, parts of New York and Massachusetts. It also streams live on the Internet at www.wpkn.org and has dedicated Apple and Android apps. Operating 24/7 and largely run by volunteers, free-form WPKN today offers an eclectic mix of live and recorded music, news with viewpoints not heard elsewhere, public affairs and spoken word.

WPKN, a 501(c)3 non-profit, has as its mission “to strengthen and enrich our community through programming that is provocative, innovative, and free from commercial influence.” The station promotes diversity, tolerance and freedom of expression. 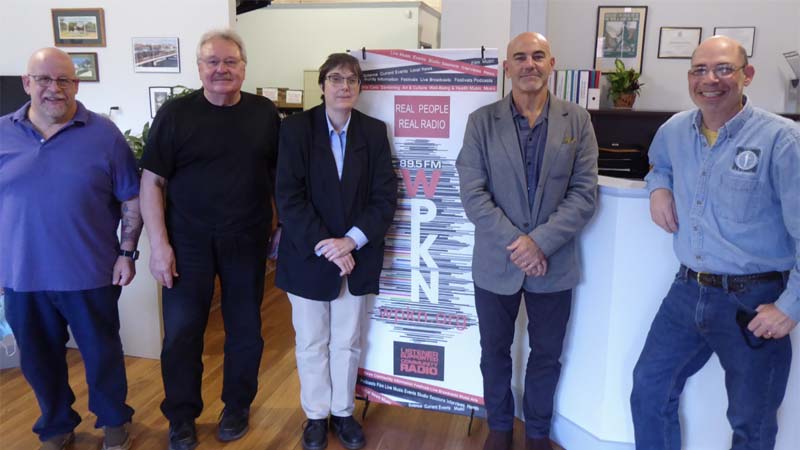 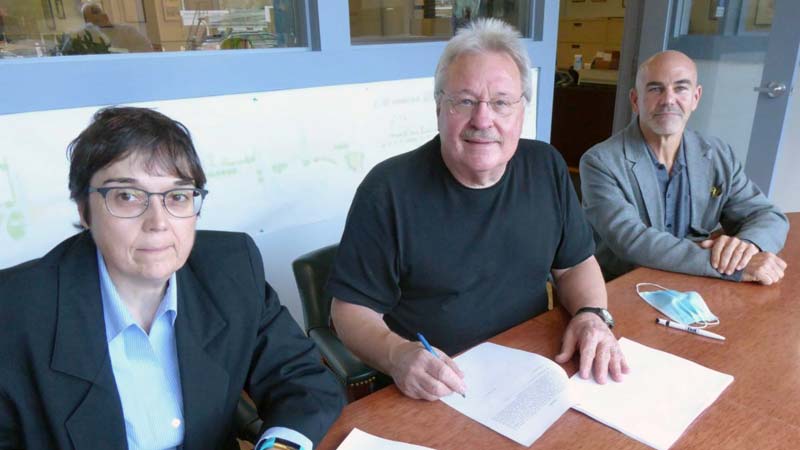