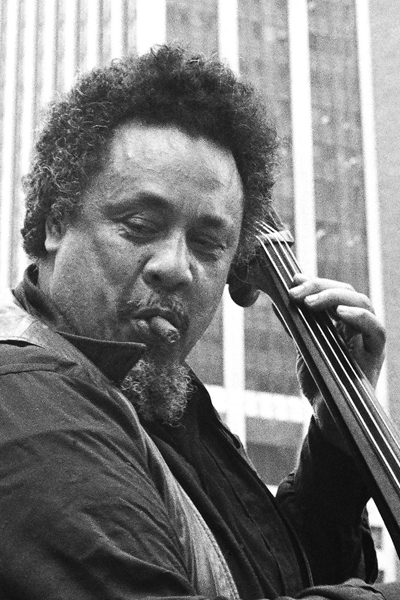 There is an extensive array of premiums that will be offered during the two days of the fundraiser, including:

According to Joe Celli, a WPKN programmer and one of the fundraiser’s organizers, “It’s an honor to be recognizing one of America’s greatest musicians in his centenary year. From my earliest days listening to him in jazz clubs to today my admiration and respect for his work have only increased.” Celli interviewed Mingus’ daughter, Kiki Mingus, and that interview will be heard in three 10-minute segments throughout the fundraiser.

Lisa Sahulka, WPKN’s on-air fundraising director, says, “WPKN celebrates jazz every day but on this special 100th birthday we are celebrating one of the greatest bassists who ever lived, Charles Mingus.”

Mingus, who died in 1979, was a major proponent of collective improvisation. He is considered to be one of the greatest jazz musicians and composers in history, with a career spanning three decades and collaborations with many other greats, including Eric Dolphy, Louis Armstrong, Duke Ellington, Charlie Parker, Dizzy Gillespie and Herbie Hancock.

Mingus also collaborated with singer-songwriter Joni Mitchell, and her album Mingus with compositions was issued the year he died, 1979. Mitchell said, “I felt this kind of sweet giddiness when I met him. Like I was in for some fun. He teased me a lot. He called me hillbilly; it was charming.”

Mingus’s compositions continue to be played by contemporary musicians ranging from the repertory bands Mingus Big Band, Mingus Dynasty and Mingus Orchestra, to the high school students who play the charts and compete in the Charles Mingus High School Competition. In 1993, the Library of Congress acquired Mingus’s collected papers—including scores, sound recordings, correspondence and photos—in what they described as “the most important acquisition of a manuscript collection relating to jazz in the library’s history.”

WPKN, rated “the greatest radio station in the world” by The New Yorker, recently completed its long-awaited move to 277 Fairfield Avenue in Bridgeport—walking distance to Read’s Artspace and other arts venues. Founded in 1963 as a 100-watt campus outlet, WPKN is today a 10,000-watt listener-supported community radio station broadcasting at 89.5 FM and streaming online at WPKN.org. WPKN’s terrestrial signal now reaches to a listenership of 1.5 million people in Connecticut, Long Island, parts of New York and Massachusetts. Operating 24/7 and largely run by volunteers, WPKN offers a unique and eclectic mix of live and recorded music, news, public affairs, spoken word, arts and culture and other free-form programming which defy genre. WPKN is proud to be listener-supported, commercial-free, community-driven radio available to the public at no cost, any time, day or night.