Emma Rindlisbacher, a researcher and journalist, discusses her recent Jacobin magazine article, “The Right Created Boot Camps for Destroying Democracy and Voting Rights,” directly related to the 361 bills introduced in 47 states in the first three months of this year, to make it harder to vote, targeted at communities of color and young people.

Cheryle Renee Moses, the founder of the anti-racism ‘Come Meet A Black Person’ organization, publisher of Black Gwinnett Magazine and 2020 State Senate candidate, discusses the effort she’s leading to collect the signatures necessary to conduct a recall election to remove Georgia Governor Brian Kemp from office, after his signing of his state’s new voter suppression laws.

Today: The crisis in care and how to solve it.

We talk with feminist economist and MacArthur Fellow Nancy Folbre about her new book, The Rise and Decline of Patriarchal Systems. She writes about the political economy of care provision.

Then, Catherine Rothenberg and Lynne Segal talk about The Care Manifesto: The Politics of Interdependence. 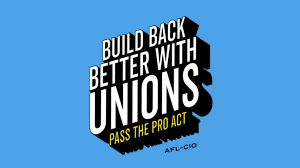 Featuring an interview with Michael Zweig, author, scholar, activist and former director of the Center for the Study of Working Class Life at Stony Brook U., who will discuss the PRO Act, passed by the House and awaiting Senate action, which would offer broad protections for workers and unions when faced with unfair labor practices that have become the norm over the past four decades (8:15 pm); 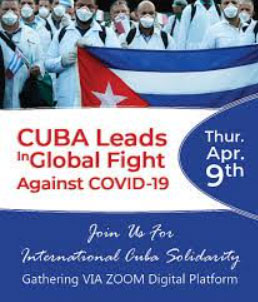 Also, Sandra Levinson, director of the Center for Cuban Studies, who will talk about public health in Cuba, Cuba’s response to COVID-19 and the Cuban program to develop at least five COVID-19 vaccines to protect their own population and be distributed globally to poor nations (9:00 pm).

More than a story about newly established wildlife presence on the East End, Bottini talks about a letter from the Long Island Coyote Study Group urging county officials to address the coyote colonization to “minimize conflicts and avoid hysteria” while engaging their administrations to “ready Long Islanders for living with coyotes in our midst.”

On behalf of his colleagues in the Long Island conservation field, Bottini educates us about anticipated human-wildlife conflicts and how to “coexist[ing] with this newcomer in our communities.” We laud this all too rare effort to anticipate new conflicts arising from humans and wildlife sharing territory to which each may assume dominion.