Caroline Fredrickson is the former President of the American Constitution Society, Distinguished Visitor from Practice at Georgetown Law School and Senior Fellow at the Brennan Center for Justice. She examines the outcome of the 2020 election, Trump’s refusal to concede, bogus lawsuits launched to throw out hundreds of thousands of ballots — and the damage being done to our nation’s democratic institutions.

Kevin Harris, Campaigns Manager with People For the American Way, talks about the outcome of the 2020 election, Trump’s refusal to concede, bogus lawsuits launched to throw out hundreds of thousands of ballots — and the damage being done by the Trump’s regime’s active campaign to deny the incoming Biden administration the standard transition govt. access needed, above all to address the exponential deadly spread of the coronavirus across the U.S.

Christopher Vials, an Associate Professor of English at the University of Connecticut-Storrs, where he also serves as the Director of American Studies. Co-editor of “The U.S. Antifascism Reader” with Bill Mullen, Professor Vials talks about Donald Trump’s unprecedented refusal to concede his election defeat, actively blocking a peaceful transfer of power to the incoming Biden administration — and summarizes the points raised in his recent Jacobin Magazine article, “Here’s What We Learned About the Far Right From Donald Trump’s Presidency.”

Louis Steel and Janet Bell on race in America.

My Soul: From Me to You with Cheryl Magoveny 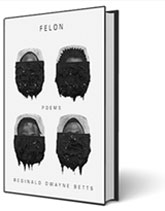 A conversation with poet Dwayne Betts, Director of the Million Book Project, an initiative out of the Yale Law School’s Justice Collaboratory. The Million Book Project is funded by a grant from the Andrew Mellon Foundation. In addition to leading this project, Dwayne recently published a book of poetry entitled, Felon.