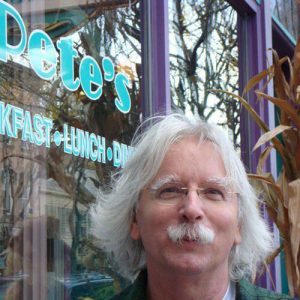 Peter Bochan
Peter Bochan… born on a mountain top in Tennessee, greenest state in the land of the free…wait, that’s not exactly true..hold on… Elvis & Davy Crockett were both from Tennessee?

What a coincidence! Two 50’s icon’s coming from the same state like that…oh wait wasn’t Elvis actually born in Mississippi?

Anyway, it was more like an apartment over a small restaurant in Bridgeport, Connecticut… sort of like a mountain top, maybe two or three stories off the ground… pretty high up anyway.

…it was there, using only a melting stick of butter and a sheet of coarse sandpaper that the young Albanian genius first fashioned the screenless television that his family would marvel about for years to come. His parents encouraged the budding inventor by presenting him with his first record: a 78 rpm recording of the strange adventures of a mutated reindeer who led his tribe out of danger using his “glowing” red nose…

…profoundly influenced by one of the minor characters in this sordid tale of humiliation, exclusion and finally redemption, the lad who also had felt the sting of mocking laughter (having been denied a middle name) began insisting that he too was from the North Pole and to refer to him as “Santa Junior” from then on…Quick to see a profit in this misguided fantasy, his father contacted a local Buick dealer and with a sponsor and “Santa Junior” in tow headed for a Waterbury radio station… Visit my website. 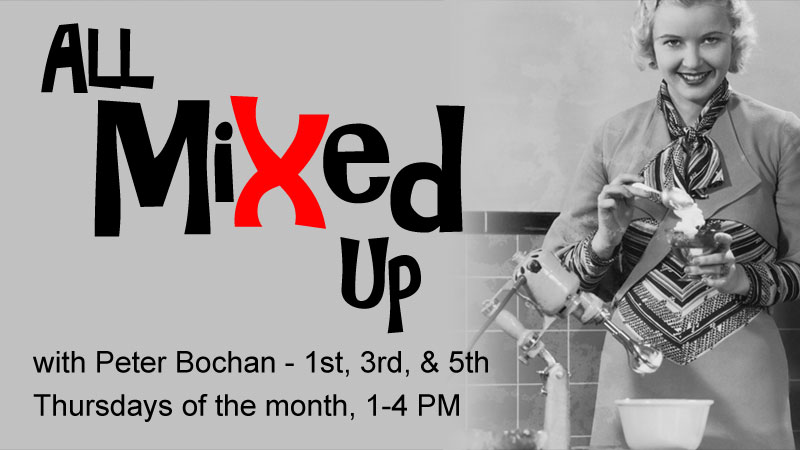 I am totally fascinated by the human relationship with sound & rhythm. I am a lifelong musician and grew up with a variety of musical ...