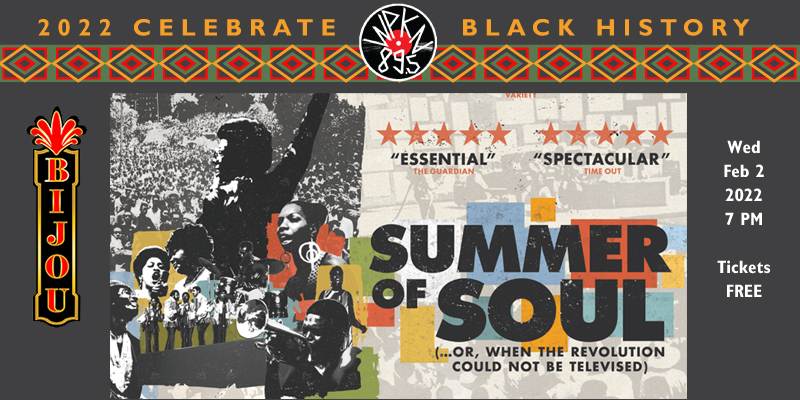 Summer of Soul ‘The best concert film ever made?’ (The Guardian)

This Sundance award-winner is an absolute joy, uncovering a treasure trove of pulse-racing, heart-stopping live music footage that has remained largely unseen for half a century.

Summer of Soul (…Or, When the Revolution Could Not Be Televised) is a magnificent 2021 American documentary film directed by Ahmir “Questlove” Thompson about the 1969 Harlem Cultural Festival. It had its world premiere at the 2021 Sundance Film Festival and had a limited theatrical release in the United States. It received acclaim from critics, with praise aimed at the footage restoration.

Summer of Soul is a treasure trove of iconic performances in a festival that history forgot. (Chicago Sun-Times)

Summer of Soul, the Black Woodstock, examines the 1969 Harlem Cultural Festival, which was held at Mount Morris Park (now Marcus Garvey Park) in Harlem and lasted for six weeks. Despite having a large attendance and performers such as Stevie Wonder, Mahalia Jackson, Nina Simone, The 5th Dimension, The Staple Singers, Gladys Knight & the Pips, Blinky Williams, Sly and the Family Stone and the Chambers Brothers, the festival was seen as obscure in pop culture, something that the documentarians investigate while Woodstock received all the acclaim and notoriety. This was a festival in the heart of Harlem that was somehow written out of history books.

…a moment of pure glorious and authentic emotion and grace, equal to anything we’ve seen in “Woodstock” or for that matter any other concert film.