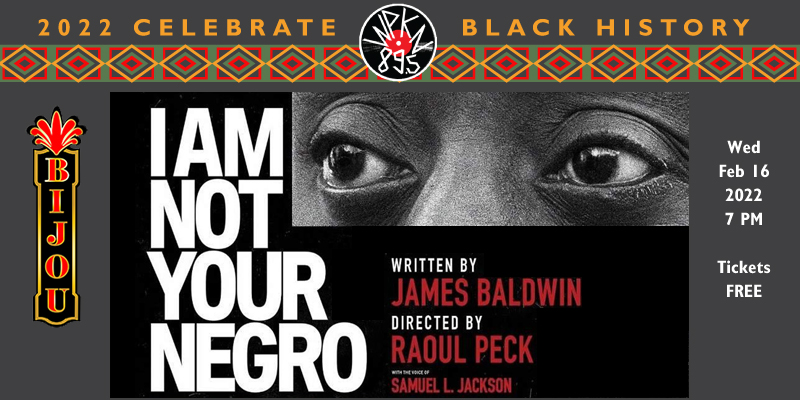 I Am Not Your Negro

I Am Not Your Negro

I Am Not Your Negro is a 2016 documentary film and social critique directed by Raoul Peck, based on James Baldwin’s unfinished manuscript Remember This House. Narrated by actor Samuel L. Jackson, the film explores the history of racism in the United States through Baldwin’s recollections of civil rights leaders Medgar Evers, Malcolm X, and Martin Luther King Jr., as well as his personal observations of American history. It was nominated for Best Documentary Feature at the 89th Academy Awards and won the BAFTA Award for Best Documentary.

James Baldwin asserts throughout the film that the fate of the United States is directly linked to how effectively it addresses the plight of Black Americans. The prospects for the entire country and the prospects for Black Americans are inextricably tied together such that the truth and reckoning for one becomes the same for the other.

Baldwin wrote, “The story of the Negro in America is the story of America, and it’s not a pretty story.”

Rotten Tomatoes film review asserts, “I Am Not Your Negro offers an incendiary snapshot of James Baldwin’s crucial observations on American race relations — and a sobering reminder of how far we’ve yet to go.”

The Wall Street Journal said, “The film is unsparing as history and enthralling as biography. It’s an evocation of a passionate soul in a tumultuous era, a film that uses Baldwin’s spoken words, and his notes for an unfinished book, to illuminate the struggle for civil rights.”